In continuation of our effort to revive, document, and perform important works of Assyrian classical music, AAS-A Central Valley Chapter has commissioned the Assyrian musician Sam Madoo to transcribe and prepare the music scores of William Daniel String Quartets for the upcoming Mesopotamian Night 2010 concert fund raiser (the date to be announced later). These pieces were found by Dr. Oshana Beblis (the writer of the book titled “Myth of Enuma Elish/Assyrian And Babylonian Myth: First Story of Evolution” available at amazon.com) an old time friend of William Daniel and were once performed in Florida several years ago. These four string quartets are: 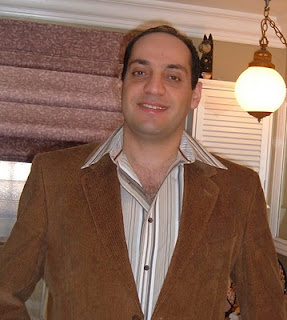 Sam Madoo was born in 1974 in Iran. In Tehran he studied piano, music theory and harmony with Hanibal Yousef a talented Assyrian musician. Later on, he pursued his dream in California, by attending various music schools such as San Jose State University, Cal State San Bernardino, UC Riverside, and UC Irvine and received multiple degrees in Music Technology and Computer Music. He has recently been involved in live sound, recording, composition, production and post production for commercials and radio shows.

AAS-A Central Valley Chapter is pleased to work with young Assyrian talents such as Sam Madoo for our upcoming projects.