Assyrian Film in a Theater Near You…

A new Assyrian film, We Are Assyrian, will have a screening in San Jose, California on May 31, 2009. Nineveh Student Union of the Bay Area and Central Valley are presenting this film to the Bay Area Assyrian community for the first time. This film is produced and directed by an Assyrian filmmaker, Victor Davoody. It’s a beautiful documentary that portrays the night of the Mesopotamian Night concert of August 2008 in a way that has never been seen before. There are scenes from the night of the concert, interviews with our great singers, Ashur Bet Sargis, Walter Aziz, Lorraine Davis, and touching interviews with famous Assyrian musicians and Assyrian Aid Society members who organized this concert. For the first time, we see our music captured in a unique way and a new level of appreciation. Being present at the concert last year is not the only way to enjoy this film and appreciate Assyrian music, you will enjoy it either way! You will enjoy it just as much or even more than if you were actually there. We Are Assyrian is the most beautiful film that portrays our culture today, most of which is being preserved through Assyrian music. It’s coming to San Jose sooner than you think, so please reserve your ticket(s) as soon as possible. 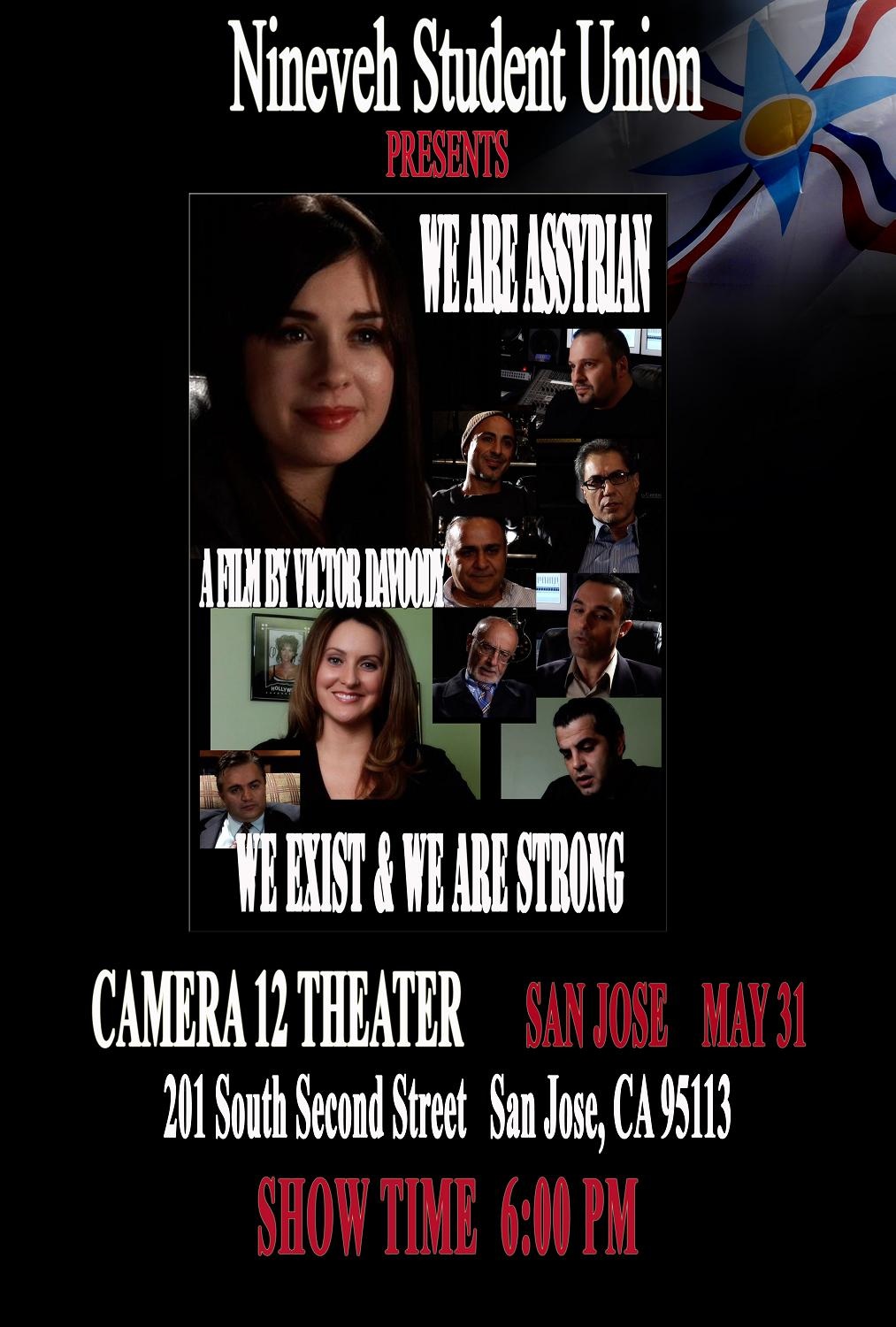 About the Nineveh Student Union of Northern California

Nineveh Student Union of Northern California was created August of 2008 and it exists to promote cultural, academic, and nationalistic awareness among the Assyrian Chaldean Syriac students in the Diaspora. As a result, the Nineveh Student Union is building a structure and a bridge between the Assyrian Chaldean Syriac students in our ancestral Homeland of Beth Nahrain and those students in the Diaspora. It will be developing communication and unity of ideas and projects with other Assyrian Chaldean Syriac student groups throughout the world. Promoting our culture with innovative ways, encouraging academic achievements and introducing nationalistic awareness among our students will be the foundation of Nineveh Student Union to help preserve our culture, language, and history. These endeavors and principles will prepare the students for future responsibilities that will benefit our Nation.