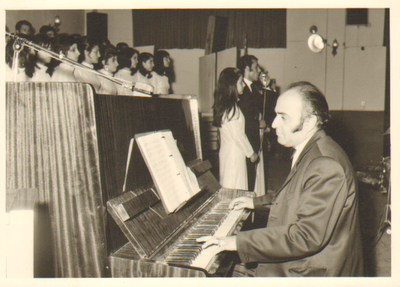 It is a pleasure to announce that the Mesopotamian Night team will present the Assyrian songs of Vania David and Misha Ashoorian in its fifth annual event to be held on February 18th 2012 at the Mountain View Center for the Performing Arts. These songs will be performed by five well known Assyrian singers in their honor and for their contribution to Assyrian music and song writing.
The orchestration and arrangement of these songs has been commissioned to the young Assyrian composer Edwin Elieh through financial support of our generous sponsors in particular Vladimir and Monica Moghadassi.
It is also a pleasure to inform you that Walter Aziz who has continuously contributed to our Mesopotamian Night project through his artistic talent has taken the responsibility for song selection and coordinating with our Assyrian singers for this historical performance.
Below we would like to entertain you with brief biographies of Rabi Vania David and Rabi Misha Ashoorian. We are very grateful they have given the Mesopotamian Night team the permission to present their work in our upcoming concert.
More information will be announced soon.
Vania David

Vania David (Vania Ishou Davoodi) was born in the Assyrian village of Saatloovi, Urmia, Iran in 1936. Right from the childhood, Vania was a gifted child with special interest in music. As years went by, he grows to become a young man who took pride in his heritage as an Assyrian and developed a passion for Assyrian folk music.
From the teenage years he worked hard to support his desire to learn music. After more than a year and half of hard work, Vania was able to save enough to buy his first musical instrument, an accordion. From the beginning, Vania was determined to take instructions and learn the art of music correctly.
By the time Vania was 18 years old, he had already started to compose musical melodies that clearly reflected his love for his people and his original taste and creativity. It was not too long before the officials in the most prominent radio station in Tehran at that time noticed this young artist and recruited him to write music for the radio broadcast, a position that was highly respected at the time, Vania managed to write over 25 original pieces of music for radio Iran which mostly were performed by professional musicians and were recorded with the beautiful voice of famous Assyrian vocalist, Albert Khoshaba. Vania’s exceptional talent and his unique melody were so evident to the radio Iran’s officials that they offered him a permanent position on staff. However, Vania’s love for his people was so strong that made declining this offer an easy decision. He was determined to use this God given talent for his people rather than his personal fame and profit. 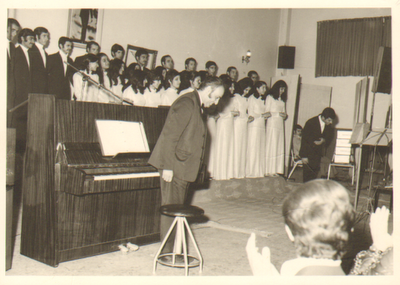 After leaving radio Iran, Vania embraced his heritage and started to write Assyrian songs that clearly captured the hearts of all who heard them. In 1962 Vania met his soon to be wife, Joan, a young Assyrian teacher. She was the perfect made for a passionate musician. Over the years to come, Joan’s love and support enhanced his ability to apply himself to his call. While Vania was fully engaged in his career as a dentist, he founded “The Assyrian Folk Choir”. Vania along with his very close friend Misha Ashoorian who was one of the most known poets in the Assyrian community managed to gather a group of 75 Assyrian men and women and perform some of the most authentic and original Assyrian folk music concerts. Over 25 concerts were performed in various cities of Iran where Vania’s melodies were showcased.
The history of Assyrians in modern days is full of sweet sounds of Vania’s melodies. Over 220 original songs were written by Vania over the past five decades out of which over 160 have been performed by various Assyrian vocalists. In 1979 Vania took his talent to a new level and wrote a a classical piece called “The Greatness of Bet-Nahrin”. In this classical piece Vania brought the world of Assyrian folk melody and introduced to the world of classical music, a master piece in the history of Assyrian music. In 1981 Vania concluded his activity before taking a back seat in the world of Assyrian music by writing a book featuring 25 of his most cherished songs. 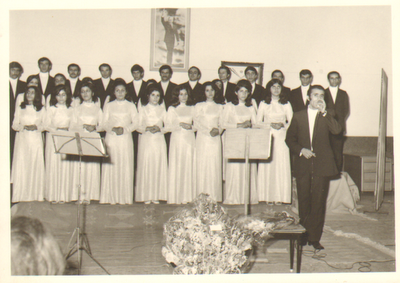 Vania’s compositions have continued to mesmerize Assyrians since 1970s and can be considered some of the best Assyrian songs capturing the essence of Assyrian folkloric traditions. Currently Vania David lives in Los Angles California. Now after 30 years of departure the melodies of Vania David once again will be echoed on stage by a new generation of Assyrian vocalist performed with a symphony orchestra to once again relive the memories of the past.
Misha Ashoorian 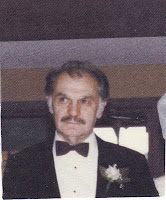 (By: Homer Yonan — Assyrian Yellow Pages by GRAFEEX, 1997 – ALL RIGHTS RESERVED)
At only seventeen, he wrote his first poem which was clearly indicative of his ephemeral passion for love and affinity to nationalism. Little did he know the few lines he had created would pave the way for a lifelong contribution to the world of Assyrian art. Today, the collection of his work has without a doubt become of one of the pillars which support the structure of Assyrian literature, music and theater.
Misha Ashoorian was born in November of 1934, in Hamadan, Iran. An ordinary child, he grew up like most of his peers obtaining his elementary education at a local school. He completed his high school in his place of birth and upon graduating he relocated to Tehran.
Misha was granted admission into the Finance Department of ICS Institute of Great Britain. He completed his studies through the correspondence program and was awarded a degree in the field of Cost Accounting. In addition, Misha also attended the Institute of Fine Arts where he learned the skills and techniques of theater and acting.
An accountant by academic background, Misha’s passion for writing and acting kept him involved in the professional arena of theater. He soon found himself a colleague to some of the most prominent theatrical figures in Iran. His worked ranged from drama to scriptwriting, acting to directing and theater to motion picture. Ashoorian continued to work as a scriptwriter with directors such as Samuel Khachikian. He was one of the seven certified official scriptwriters of the Actor’s Syndicate of Iran, and hosted Queen Farah during her visits to the organization.
Perhaps what is the most impressive about Misha’s artistic career, is his constant devotion to Assyrian culture heritage. By combining his writing skills and literary knowledge, Misha has managed to compose over 200 nationalistic and love poems in the Assyrian language. For over four decades,
Ashoorian’s work has been counterpoising the music of Assyrian masterminds such as Soren Mayelian, Vania David, Sargon Mayelian, and the classical talent Maestro Nebu Issabey.
Aside from achievement in the field of literature, Misha has been devoting his recent years to the study of philosophy and meditation. He has developed a profound understanding of different schools of thought, namely Zen, TM, Yoga, and Sufism. He is often invited to deliver his thoughts and present his views in various group gatherings.
In his own words: “My passion and enthusiasm for writing is derived from the endless love for my people. To love and to give to my nation, is how I will accomplish immortality of my culture and ensure its existence. We, the Assyrians, have contributed to the world the greatest of all times: wisdom. We ought to be proud and continue sharing our talents with mankind. In life, individuals should not feel bound by uncontrollable circumstances and shortfalls. Goals and objectives are achieved through hard work and determination. One should always rely on his or her own inner-self to realize the final fruition of their work.”
Misha Ashoorian currently resides in San Jose, CA. His work has left an everlasting influence on contemporary Assyrian art and culture. His work will continue to be a source of inspiration to Assyrians worldwide. 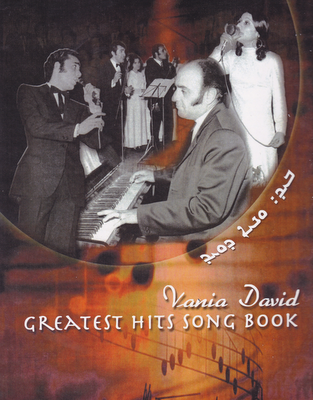