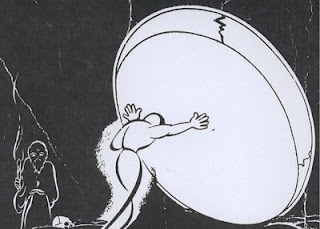 Orchestrating «Assyryt» was difficult. It’s music for piano, with an easy level, made for pupils and familial music. It’s charming, clear and light. The question was : could I enlarge this music for orchestra without transforming it too much ? I choose to obtain shining colours and not change the music itself at all : only Paulus Khofri notes. This music has an innocent and sometimes Mozartian character. We decided to make 2 suites of 10 pieces each.

“Qateeni” is one of the most exciting musical and human experience of my life. We now present the first Act of this opera. As a musician, I use to work about prosody ; I made linguistic studies when I was young. Today I work on French baroque pronunciation and prosody in the music of Lully, Charpentier, Rameau… I composed an opera in Spanish, a little piece in English, pieces in Latin, almost 50 “mélodies françaises” so language into music is one of my favourite territory. I was coached to understand how Assyrian language works, but first I was always afraid to make mistakes about prosody and accentuation. Later, it became easier and pleasant. I had a different relation with music than the usual one, with more freedom and dramatic inspiration. I wrote a lot of parts for wind and brass soloists, the harp is an essential element into the orchestra, the percussion gives a lot of colours. As a singer myself, I took care of the singers. They have 2 quintets, a trio, a duet… I loved the characters at once. I really do hope we could some day compose the 2 others Acts of “Qateeni”. I have plenty of ideas for it. I’m really honoured and proud to serve the Assyrian community!

French composer Michel Bosc (born in 1963) is largely self-taught. In 1985, the French singer and composer William Sheller convinced him to devote himself to writing music. Since then, he has tackled registers as diverse as chamber music, symphonies, sacred music and music for the theater.

Leading soloists have given Michel Bosc encouragement, among them the flautist Jean-Pierre Rampal (for a flute trio), the counter-tenors James Bowman and Bertrand Dazin (creators of his cantata Ils sont là), the soprano Natalie Dessay (for the melody Madinina), John Walz, 1st cello of the Los Angeles Music Center Opera) and Monica Cecconi-Botella, composer and premier Grand-Prix de Rome (for her Elégie for strings).

A member of the Société Marc-Antoine Charpentier, Michel Bosc is a distinguished music critic and analyst. His writings include the sleeve-notes for a recording of French Baroque music by the Petits chanteurs de Versailles.
As a composer, Michel Bosc is the author of over two hundred pieces of music, many of them have been played places as diverse as Paris (Le Châtelet), Angers, Saumur, Tours, Fontevrault, Annecy, Strasbourg, Lille, Lyon, Pasadena (USA), Madrid (Spain), in Japan (Yokohama, Tokyo), in Belgium (Wavre) and in the city of Brno in the Czech Republic. As an orchestrator, he made several arrangements and transcriptions for symphonic or chamber consorts.

Bosc’s works have been performed worldwide by such performers and ensembles as Jean-Walter Audoli, Hugues Reiner, Philippe Fournier and Maximilian Fröschl, the soprano Agnès Mellon, the brass quintet of the Orchestre national des Pays-de-Loire, the Orchestre Pasdeloup, the National Orchestra of Kazakhstan, the Academic Symphony Orchestra of the Ulyanovsk Philarmonia, the European Orchestra, the Orchestre instrumental d’Ile-de-France, the Orchestre symphonique lyonnais, and the Ensemble Gabriele Leone.

The music of Michel Bosc is both tonal and highly personal, marked by a strong, independent hedonism. In the words of the conductor Maximilian Fröschl, Bosc’s music «contains melodic sweetness, polyphonic rigor and the power of rhythm».
Several works of Michel Bosc are published in United States by Wolfhead music. Compilations of scores are also available on lulu.com.

His work has undergone a variety of influences, but still quintessentially French. It is made up of a certain reserve, a concern for clarity and lightness, a refusal of emphasis, a sort of repugnance for development.

He has practiced Lully, Charpentier, Delalande and Rameau with a passion as a singer and practically worships the works of Debussy, Florent Schmitt, Charles Koechlin, Guy Ropartz, Jehan Alain and Francis Poulenc. He is strongly attracted to Russian (especially Tchaikovsky and Stravinsky) and English music (from Purcell to Britten). Among the contemporaries, he particularly likes Denisov, Ligeti, Escaich, Hersant. Even tough his writing is tonal, he is open to all styles as long as it is not gimmicky and above all not conceptual. This makes him closed to twelve-note, concrete and minimalist schools or repetitive techniques.

Film scores have attracted him since childhood, notably because of their lushness (as David Raksin, Alex North or Michel Legrand). Nature is essential to his inspiration. “If the essence of music is the inner song, its soul is in the universe”, he says. His attraction for spirituality is not just pantheist and sacred music does occupy a certain place in his work; his experience as a singer has inspired many vocal compositions.

Fascinated by instrumental colors, he made a lot of arrangements, transcriptions and orchestrations, always carefully preserving interpreter’s and public’s pleasure.