Alexander Bakuniance an Assyrian artist based in Sacramento, California contributed the following painting to our MN-2009 live arts auction. This piece is called “Pleading” (Jesus pleading to God). 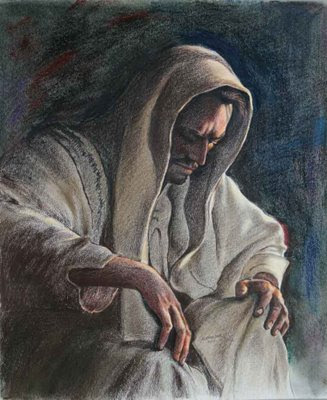 Alexander started strawing at the age of five and since then, art became an important part of his life. Each of his artwork is a reflection of his feelings, vision, character and belief system.

Inspired beyond merely everyday objects, his work magnifies his inner core, values, personal memories and social influences that have touched his heart. The subject are tenderly brought to life in a most provocative light to stir an emotion in the heart and mind of the viewer.

He hopes his artwork would invigorate renewed sense of humanity among people – once he said “I feel responsible when my art enters a house – and I hope the same feeling would be imparted, unto its beholder, towards the subjects of my paintings.” Alexander credits the Lord for his ability and inspiration to create arts.