It’s a great pleasure to announce that the talented singer/songwriter Stella Rezgo is going to be one of the singers to perform the songs of the legendary Assyrian singer Shamiram Urshan at the 6th annual Mesopotamian Night concert on June 15, 2013 in San Jose, CA. Stella is a talented singer who is truly memorable and naturally versatile with a deep emotional maturity. One-of-a-kind mix of Middle Eastern and contemporary. 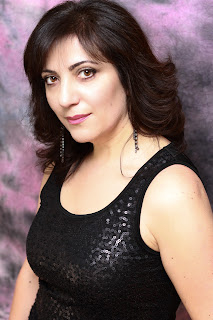 Stella Rezgo was born in Tbilisi, Georgia, while she was still an infant her family had relocated to Moscow, Russia where she was raised. She began performing and writing her own songs at a young age, never forgetting her Assyrian roots she had made a career as a female lead singer touring Europe with a band of talented musicians and an Assyrian dance ensemble called ‘Shamiram’ in 1994. Inspired by the tour’s success she eagerly continued to work on her first album and simultaneously worked as a host at the Assyrian radio station “Kalah Atyraya” in Moscow from 1994-1996 in a team with a great educator Marona Arsanis. 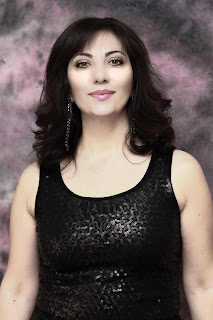 Stella immigrated to Canada in 1996 and soon released her second album Wardah D’ Omta.  Her music was also heard in the United States where it touched the heart of the Assyrian Community.  Feeling blessed with the gift God has given to her, she feels compelled to give back to her community. She often assists the local Assyrian community with their many music projects. Stella can be heard as the lead vocalist, she can also be heard doing backup vocals which enhance and compliment the beautiful Assyrian song recordings of some of our well known singers. 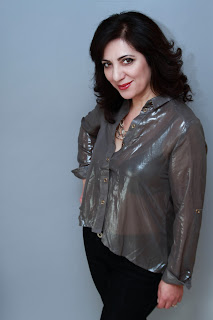 Stella has released 3 albums in the Assyrian language, her long awaited third album New Day (Youma Khata) has been released in 2010 as a result of a 2 year work including composing the songs and being involved in every step of this musically creative process. The New Day (Youma Khata) album marked Stella’s come back after 12 year break she took to raise a family.

Currently Stella is performing and working on her new songs with other Assyrian artists, songwriters and lyricists.  Her latest video “Melaty” is a result of collaboration with a talented Assyrian poet Ninib Toma.

Stella is able to write songs and sing in the Assyrian, Russian and English languages, being a Gemini this is no surprise because she, as most Gemini’s are, likes to multitask and is always eager to take on new challenges.

For more about the talented Stella visit www.stellarezgo.com