A contributing article by Mr. Marcel Josephson
Mr. Marcel Josephson has been a contributor and sponsor to Mesopotamian Night Project in the past several years. For the 2012 MN production, he has been instrumental in the translation, preparation of the text for the Malek Rama Lakhouma musical. For our 2013 production, he has taken an active role as a lyrics writer.  His “New Mesopotamia” poem will be our feature presentation with a beautiful composition by Rev. Samuel Khangaldy. 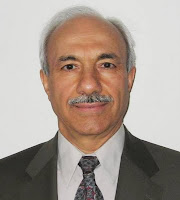 I had always wanted to write something for my beloved ancestral homeland; something for Atour, Nineveh, or Bet-Nahrain.  Writing however, had not been my forte.  Nonetheless, any poem or piece of music involving people’s celebration of their homeland had appealed to me in a very distinctive way and had inspired me greatly.
As such was a piece of music I had come across with entitled “Yerevan-Erebuni” composed by Edgar Hohanessian (1930-1998) and performed by the National Chamber Orchestra of Armenia.  From time to time, I still listen to this inspiring and uplifting music.  Its lyrics very eloquently illustrate the perpetuation of ancient Armenian heritage through the history up until present time.  The lyrics also promote a genuine affection of a people collectively toward their capital city (symbolizing their sovereignty).
Having been fascinated by this work (music and lyrics), I started writing my poem, the “New Mesopotamia”.  I wrote it in five syllables per line measure to meet the requirements for performance using the music of “Yerevan-Erebuni”.  I even went as far as trying to make contacts in Armenia to get music scores for “Yerevan-Erebuni” as well as permission to have it performed with my lyrics.  Later on I realized that my poem could also have been performed using music of the “Vacant Nineveh” by the late Rabi Paulus Khofri (1923-2000) with an inconsequential vocal adjustment.  The lyrics of the “Vacant Nineveh” are in 11+10=21 syllables per verse measure.  Each verse of the “Vacant Nineveh” would have accounted for four lines of the “New Mesopotamia” with respect to the count of syllables.
As for the content, in the absence of an ideology or a strong leadership (each of which often is the driving force for liberating occupied lands or establishing new homelands for that matter) within our global community, I decided to plead my case before individual elements of Assyrian community.  So, my poem addresses sons and daughters of Assyria individually.  I do recognize that my poem is an ambitious dream.  It portrays only my personal contemplations.  This is what I had wanted to write for my beloved ancestral homeland.  The initial version of the poem consisted of five eight-line verses and a four-line chorus that would have been sung once after each verse.
I was truly impressed with what I witnessed at the Mesopotamian Night 2012 in February this year.  Below is what I wrote in part to Tony Khoshaba:
“Sunday, February 19, 2012
CHEBU
My dear friend Tony,

I cannot tell how magnificent I thought last night’s production was.  SIMPLY WOW!  In addition to outstanding quality of the performances in both parts as well the opening piece, two things really struck me hard and frankly speaking created a new hope on my part.  These two are:

By moving to San Jose, you have brought with you reconciliation to a city that was torn apart by our churches.  Seeing the hardliners of churches who quarreled a few years back all attending last night’s event, was extremely joyful.  Thank you again for your vision and your bonding demeanor that brings together people who would not be next to one another otherwise.”


As a result, shortly after, I sent Tony Khoshaba the first version of my poem and suggested that it would be considered for performance with the music I initially intended in the next Mesopotamian Night.  Tony seemed to have liked the idea.  I owe it to my wife who encouraged me to reconsider the music that was not originally composed for my poem and instead to discover whether Qasha Shmuel Khangaldy would be willing to compose a new music for the poem.

I communicated with Tony that I had changed my mind on the music and asked him if Qasha Shmuel can be requested to compose an appropriate music for this poem.  All worked well, Qasha Shmuel graciously agreed and started composing a new music.  He provided invaluable inputs on my poem.  The final version of the poem consists of three 16-line verses and a 16-line chorus.

I have known Qasha Shmuel’s musical works for a long time.  His music is lively and keeps the listener engaged.  The “New Mesopotamia” is no exception.  Composing this poem has been a great experience for me.  Furthermore, having been in a position to work with an extraordinary musical talent like Qasha Shmuel Khangaldy, I consider a privilege and a blessing.  My sincere thanks and gratitude to Tony Khoshaba, this exceptionally noble and selfless son of our Assyrian community for leading this work to fruition.